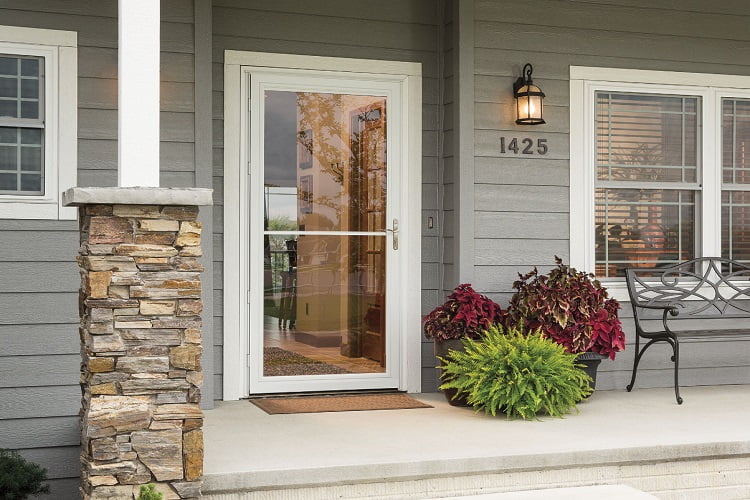 Screen doors are super important for a home. They keep all the flying insects and debris out and still allow plenty of air in the home! Most of the time, wooden screen doors are fairly inexpensive, which makes them even more accessible for everyone! But, if you’ve ever had a wooden screen door before, you’d know just how easily they can sag!

As great as screen doors are, there’s nothing worse than a screen door that’s sagging just enough that it lets all that you’ve been trying to keep out, in and you’re left with having to either deal with everything coming in, or close the main door behind the screen. This defeats the whole purpose of having the screen door in the first place! However, as long as your screen is intact, and it’s just the door sagging, your problem is fixable! You just need to know what’s causing the sag and how to fix it!

Before you fix a sagging screen door, you have to pinpoint what’s causing the door to sag in the first place! There are a few reasons why this could be happening, only then, will you be able to apply the right solution to the door!

The weather: Just like everything else in the world, your doors are also going to change with the weather! Whenever it’s hot outside, the wood on your screen door will expand. The expansion will mean that it won’t fit in your doorway the same way it did before, causing it to sag. The same thing would apply if your door was exposed to rain or moisture. These can also make the door expand as well, causing the same effect as heat! An easy fix to this is to make the door reflect the light to keep it cooler by doing something like painting the door a light color and by keeping it dry by adding something to shield rainwater from the door! If it won’t be as vulnerable to the elements, there’s a higher chance it’ll contract back to its original size!

It’s old: If your wooden screen door has been in use for a long time, it’s possible that the wear and tear from just being slammed overtime may have caused the door to lose its “original shape”. If the damage to the door seems like it’s not too much, you could get away with some basic repairs. However, if there are sections of the door that are too worn out, you might just have to replace the entire door.

It’s not the right size: If the weather outside is pleasant, and the door isn’t very old, there’s a chance that it wasn’t the right size to begin with! Check your door and see if it actually fits well. If it doesn’t, it might’ve been cut wrong. This can be fixed by trimming the door a little bit from the sides and seeing if it fits well afterward. If this was your problem, the trimmed door should not sag anymore!

It’s not installed properly: Sometimes, the problem is as simple as it just not being installed properly in the first place! The door could need a turnbuckle replacement or a hinge replacement along with realignment. If you know how to do these, try them one by one and check if any single method fixes the sagging, you should eventually be able to land on one solution that works! If you don’t know how to do these, you might be better off calling Handyman Services NYC, or any handyman services in your local area so they can send in a professional that will know exactly what to do to fix your door in no time! Making it function like it was never sagging at all!